(scroll down to see game details, plus NEW SCENARIOS available for free download) 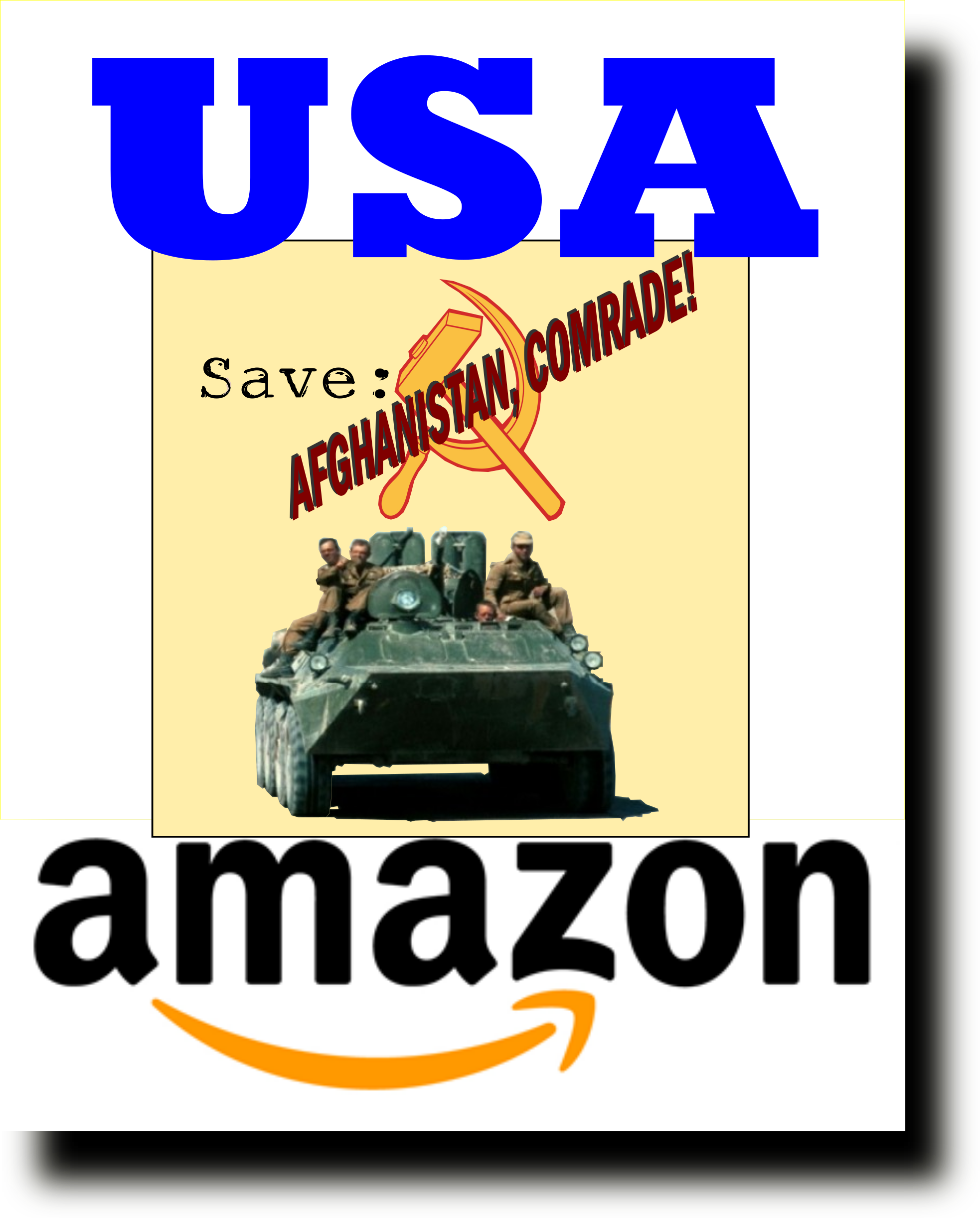 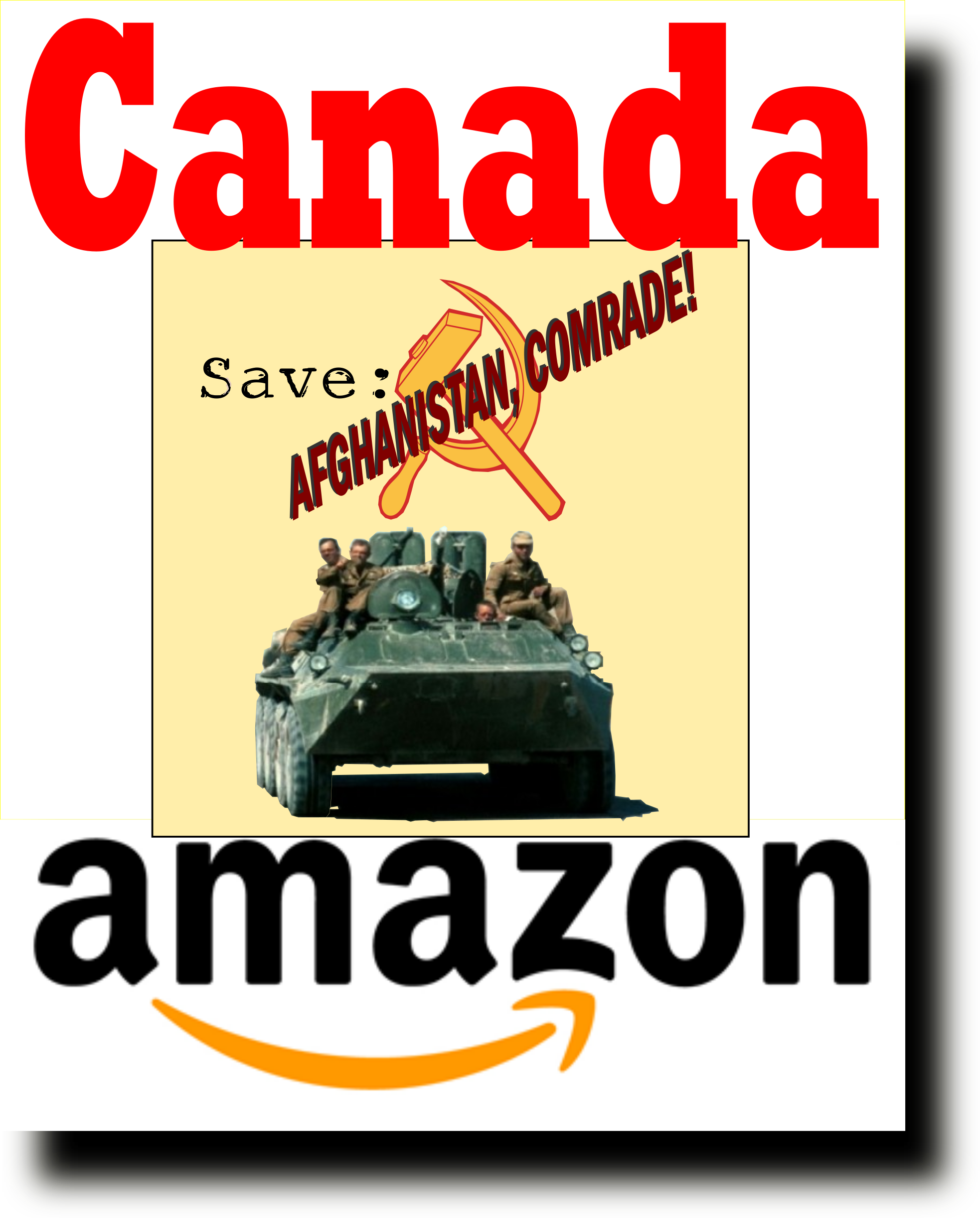 New Scenarios for Save Afghanistan, Comrade!  Three new scenarios available: FREE DOWNLOAD “Having landed in a war, we have to live by its rules” (1979-83) covering the initial Soviet campaign; “To the Afghan People, I say on behalf of all Americans that we admire your struggle” (1985-89) covering the peak of the war’s intensity; “The decision to withdraw Soviet troops was adopted by us” (1989-??) covering the period of the war after the Soviet withdrawal.

It is December, 1979. Hafizullah Amin, a dedicated communist, leads Afghanistan ineffectually. In Moscow, his Soviet handlers at the Politburo chafe under what they see as his failure to unify what may be an increasingly unravelling national unity. Leonid Brezhnev, the aging Party Secretary, has been slowly but certainly convinced by the hawks on the Politburo that, absent decisive Russian action, Afghanistan will fall from the Soviet orbit.

In what they see as a likely short and decisive “regime change” action, the Politburo signs an order on December 15th directing Soviet forces to deploy throughout Afghanistan under the guise of assisting Amin, while the elite Spetsnaz plan to storm Amin’s palace outside Kabul and liquidate him. In good order and according to plan, Soviet forces occupy bases throughout the country and on December 27, 1979, Amin’s palace is stormed and he is shot dead (then grenaded for good measure) and replaced by pliant Soviet puppet Babrak Karmal. Soviet casualties in the assault are acceptable in what is viewed as a tremendous success. That view, they would learn, could not have been further from the truth.

Welcome to the Great Game, Cold War version. “Save Afghanistan, Comrade!” pits you as the Soviets and the Democratic Republic of Afghanistan against the rebellious Mujahadeen for dominance in Afghanistan. Can you defeat them and create a stable and lasting communist Afghan nation on the USSR’s southern border? Or will you, like Brezhnev’s Soviet Union, find the Mujahadeen to be a stubborn and ultimately indomitable enemy? You begin in December 1979. Amin is dead, Karmal in power, but unexpectedly the Afghan army and security forces have essentially dissolved.

Below right: your ENEMY! Local Mujahadeen chieftain: these local chiefs and warlords gather provincial support to oppose you. To Massoud’s right: three formations of Mujahadeen, and below him, a foreign fighter contingent. In 1986, the Mujahadeen will begin using CIA-provided “Stinger” shoulder held anti-aircraft weapons. You won’t know if you’re facing a “Stinger!” or “No Stinger” counter until your helicopters fly in their vicinity…

Initial Set Up: the back cover of the game manual assists you by illustrating the initial Soviet set up. The mechanized rifle regiments you initially control all start at partial strength: the Politburo in Moscow did not expect a fight, they expected a monitoring and policing role. Consequently, the units initially deployed were ill-equipped for combat:

Foreign fighters reinforce Mujahadeen forces around Jalalabad. I’m bringing in helicopter gunships to insure I have sufficient force to destroy the foreign fighters as well as the local Mujahadeen – unfortunately, they’ll be exposed to potential “Stinger” fire (see the inverted counters?):

Look at Kunduz – I’m going to make a run through the Panjshir Valley for Kunduz with 3 Regiments of the Afghan army (the 2nd, 15th and 42nd – in Kabul presently). As Kunduz is currently without agitating Chieftains or dangerous Mujahadeen, those Afghan forces, though they’ll be exhausted from the long forced march, will have sufficient favorable political leverage to begin “pacification” and the recruitment of local security forces (police). Kunduz is about to become an important bastion in the defeat of the Mujahadeen, so help me Lenin!:

In Herat, I’m leaving the Soviet 371st Guard and 373rd Guard Rifle Regiments in base (the 371st Guard needs to recover anyway) and I’ll use my lighter footprint helicopters to take on the small Mujahadeen force there. Without massive Soviet ground units antagonizing locals, Chief Ismail Khan won’t have sufficient political sway to keep the Province in revolt…at least for now:

Lots of trouble in Kandahar. 4 Chieftains are keeping the locals inflamed against my efforts to create a workers’ paradise there! In addition, foreign fighters have joined them, so I’ve mobilized a significant force to take them on, even while the 285th Tank Regiment recovers in base. Unfortunately, there are potential “Stingers” here as well, and in fact the first potential “Stinger” turned over reveals a hit coming to my Soviet choppers. With this quantity of Mujahadeen leadership, Kandahar will be a long and bitter fight: